Tony Tynan came to Clara Vale in 1986. The Conservation Group had just been established, coming out of the Pit Yard Action Group which successfully saved the old Clara Vale pit yard from industrial or agricultural development.

Despite his heavy workload running the Hancock Museum and the Northumberland Wildlife Trust, Tony was soon involved with the Conservation Group. It’s fair to say we didn’t know much about Tony when he joined us. We knew that he was the curator of the Hancock Museum, what we were  less aware of was his national importance in the field of nature conservation. 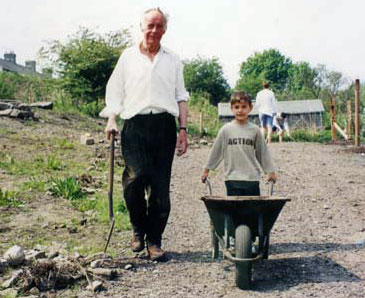 The many obituaries to him describe a life dedicated to nature conservation. He founded the Northumberland and Durham Naturalists’ Trust in 1962. It later became two organisations, the Northumberland Wild life Trust and the Durham Wildlife Trust that we know today.  He was undoubtedly one of the pioneers of nature conservation in this country. We soon realised we were incredibly fortunate to have somebody with his knowledge, experience and amazing range of contacts.

He was actively involved with the Conservation Group, helping out with tasks until the last few years of his life when poor health overtook him. Having been so active, he found this deeply frustrating but continued to take an interest in the activities of the group and, of course, nature. His delight in all aspects of the natural world never left him. He would often phone me to share something he had discovered, a fossil, a plant or some other thing from nature that sparked his enthusiasm.

Perhaps the most obvious legacy of his energy and enthusiasm is the Community Orchard. Once the idea was planted and the site identified, Tony used all his local knowledge, contacts and negotiating skills to make it happen. The site was where Stanner House once stood, long before Clara Vale was built. It was demolished in the 1960’s. Tony obtained a grant to create the orchard. The site was cleared and fenced. Pigs were brought in to grub up roots and weeds. They needed water to wallow so, typical of Tony’s imaginative approach and with an eye to getting publicity for the project, he persuaded the fire service to bring a water bowser on to the land much to the delight of the pigs. A lot of hard work ensued and many villagers were involved, energetically led by Tony. Since then the orchard has matured and today is incredibly productive with Apple Day and Pruning day providing regular community events for the village.

Apart from the orchard and the nature reserve, Tony was active in ensuring the village retained the character that made it a Conservation Area. His letters to officials were always polite and well-argued but forceful. An over-sensitive development company he described as “greedy developers” in a letter to Gateshead Council, said the comment was “grossly defamatory” and sent a solicitor’s letter threatening to “institute proceedings”. Tony chuckled and dismissed it as bluster. Needless to say it went no further.

He was always very interested in the history of the village, particularly its mining heritage. He was instrumental in getting the Clara Vale Lodge, National Union of Mineworkers banner returned to the village and taking it, for several years running, to the Durham Miners’ Gala. Tony was particularly proud, as were we all, that it was the centre spread in the 1993 souvenir programme. 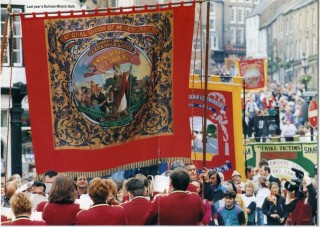 Tony will be greatly missed. He was very much a naturalist of the old school, fascinated and knowledgeable about a wide range of subjects in the natural world and aware of their interconnectedness. We shall miss his good humour and enthusiasm but the legacy of the Community Orchard and the nature reserve will be a constant reminder of a remarkable individual.